Sea levels haven fallen significantly around Kosrae as El Nino conditions across the Pacific continue. It is estimated that sea levels and hence tide levels may be between 6 to 8 inches lower than normal over the next three months resulting in much lower than normal low tides and less risk of very high tides and associated flooding.

The tide calendars for September, October and November (tide prediction + seasonal sea-level forecast), are now available in both English and Kosraean. These can be downloaded below: 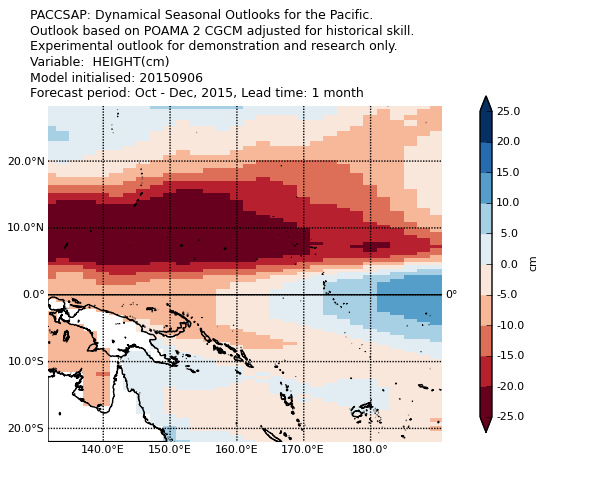 Sea-level forecasts for October to December for the western Pacific. Source: http://poama.bom.gov.au/experimental/pasap/sla.shtml